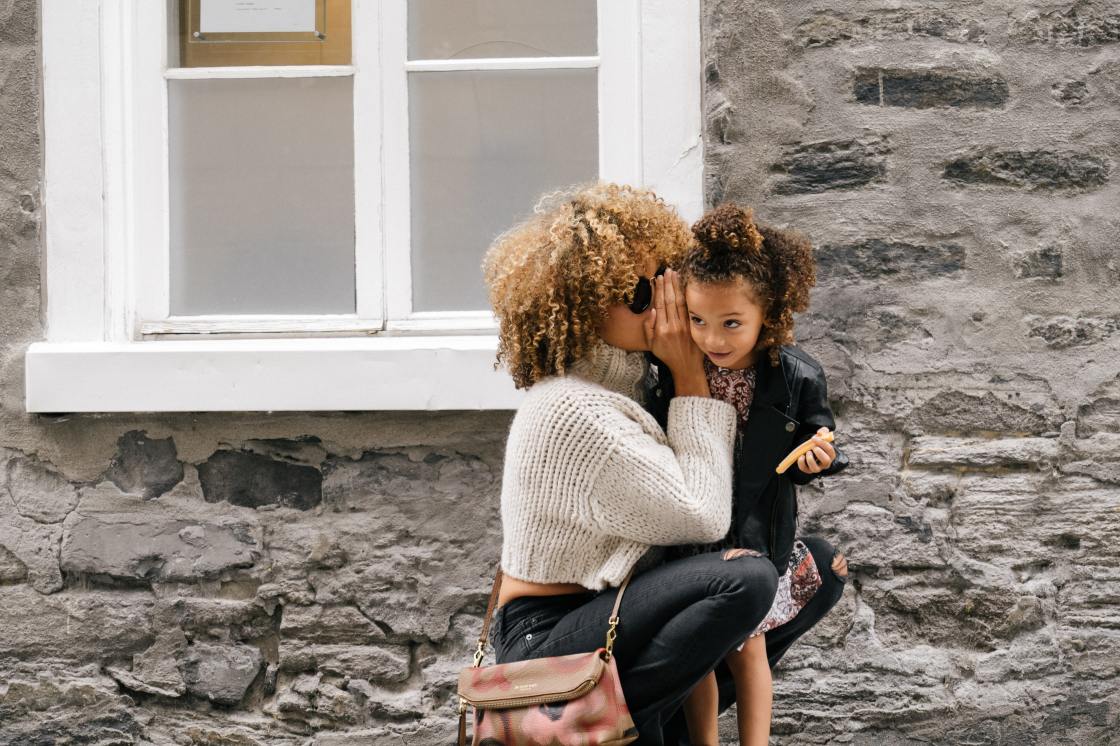 Girls, Can You Tuck Me In? – And Other Things I Never Thought I’d Say as a Mom

I love being a mom and I can always remember wanting to be one. When I was a kid, I always thought I would have a bunch of boys (4 boys to be exact), because I was never the “play dress-up with my dolly and comb my dolly’s hair” kinda girl. I was the girl climbing (and falling out of) trees and building houses and forts in the woods for our next game of “war”! I wasn’t quite a tomboy though, because I was scared a baseball would hit me or I would get elbowed too hard on the basketball court – so I avoided many sports. I was somewhere in between.

Being a mom is not all that I envisioned it would be as a child growing up.

I have so much more respect for my mother now that I am a mother. I hear myself saying things to my girls that are exactly what my mom said to me as a child. But then there are things that I never thought I would say to my children, I just have to laugh and say, “Oh well… they’ll live”.

The first time I spoke these words, I literally said: “What the hay did I just say?”. My girls are 13 and 11 and sometimes I can’t outdo them in staying up, so I stopped trying. Of course, this isn’t an every night thing, but there have been an occasional summer night or Friday night or two that I do ask them to tuck me in and kiss me good night. My husband will take over night duty and I will retire for the evening.

In case you’re wondering, I love being tucked in! It makes me feel cozy and warm inside. If you have teenagers or pre-teens, try it! It will make you more appreciative when you tuck them in. I have found that I spend more time with them when I do “tuck them in” now because I know how it feels to drift off to sleep after that little extra touch of love.

“GO HIT HER BACK… AND YOU BETTER GET HER GOOD“

I am not an advocate for sibling rivalry or fighting, but sometimes you have to let them fight it out. There have been days that I will hear the arguments coming from their room and I have intentionally closed my door and stayed out of it. They need to know how to defend themselves and stand up for their right to exist in the other person’s world.

I remember one particular time one of the girls came to me and said the other had hit her because she moved her clothes from the bed to the closet. It was a silly argument that probably could have been deescalated by me; however, the victim was right, and the perpetrator was being petty and being a bully. It wasn’t something I thought was big enough for me to step in for, but the other needed to be dealt with. My exact words to my daughter that day were, “Go hit her back, and you’d better get her good … or else I’m going to get you both”.

“LET’S PICK UP YOUR BIKES FROM SANTA TONIGHT“

I was outwitted about the Santa secret by a 5-year-old years ago when I bought my youngest a toy guitar for Christmas. One Sunday morning she told me she wanted a “real guitar”.

“Mommy, I need a real guitar.” (holding up her toy Christmas gift)

“You have a guitar, sweetie.”

“What makes you think this is a toy? It’s real… see? The strings really play” (I demonstrate for her on her tiny, but realistic, guitar)

“I can’t play this one for real. I need a real guitar to play for real.”

“Tori! This IS a real guitar! Your daddy and I paid real money for this guitar. It makes real music when you play it.”

She starts bouncing up and down like she won the lottery, and I am left standing there in shock at how she outsmarted me!

Later that week, my other daughter admitted she found the receipt for the American Girl doll we bought her, so there is no real Santa in our house – only an honorary one just for the mentioning.

A few Christmas’s ago it was time for a bigger bike for both of the girls and we decided to go to Walmart and let them pick it out. I told the girls to put on their shoes so we could go pick up their bikes from Santa at Walmart.

“YOU’RE ON YOUR OWN FOR DINNER“

Early in my years of marriage and being a mom, I made sure dinner was on the table every night, even after a long day of work. Not anymore. My girls can cook – at least they can cook breakfast! And there are nights that if we don’t have breakfast, we won’t eat.

“YES, I PUT MY BROCCOLI IN THE NAPKIN“

One night, my daughter (the same Santa detective) caught me putting my broccoli in a napkin. In my defense, I over-estimated how hungry I was, and I didn’t want to leave it on my plate. I had to set a good example with an empty plate – go figure.

She caught me red-handed. It was one of my most shameful moments as a mom.

She forgave me, by the way, and said she understood why I did it. We now start off with tiny servings… “we”, meaning ME!

Being a mom is a blessing. I will never claim to be a perfect mom. There are many times I don’t even think I’m a good mom, but then again I have to give myself a little leniency because they are happy, healthy, and pretty balanced.

· Do you battle with trying to be a perfect mother, spouse, or friend? How can you pinpoint some of your flaws and pull out the positives about them?

· The Pinterest Perfect mom doesn’t exist. Don’t even try to become her. How can you liberate yourself from the pins of lies that you may have been struggling to keep up with?

MercyMe is a contemporary Christian band.  They originated in Edmond, Oklahoma in 1994 and released 6 independent albums including “I Can Only Imagine” (their debut album).  They have won 8 Dove Awards and have had several Grammy nominations.

“Flawless” was nominated for a Billboard Music Award in 2016.  The lyrics remind us that we are not perfect, but through Christ, we are flawless.  Enjoy!